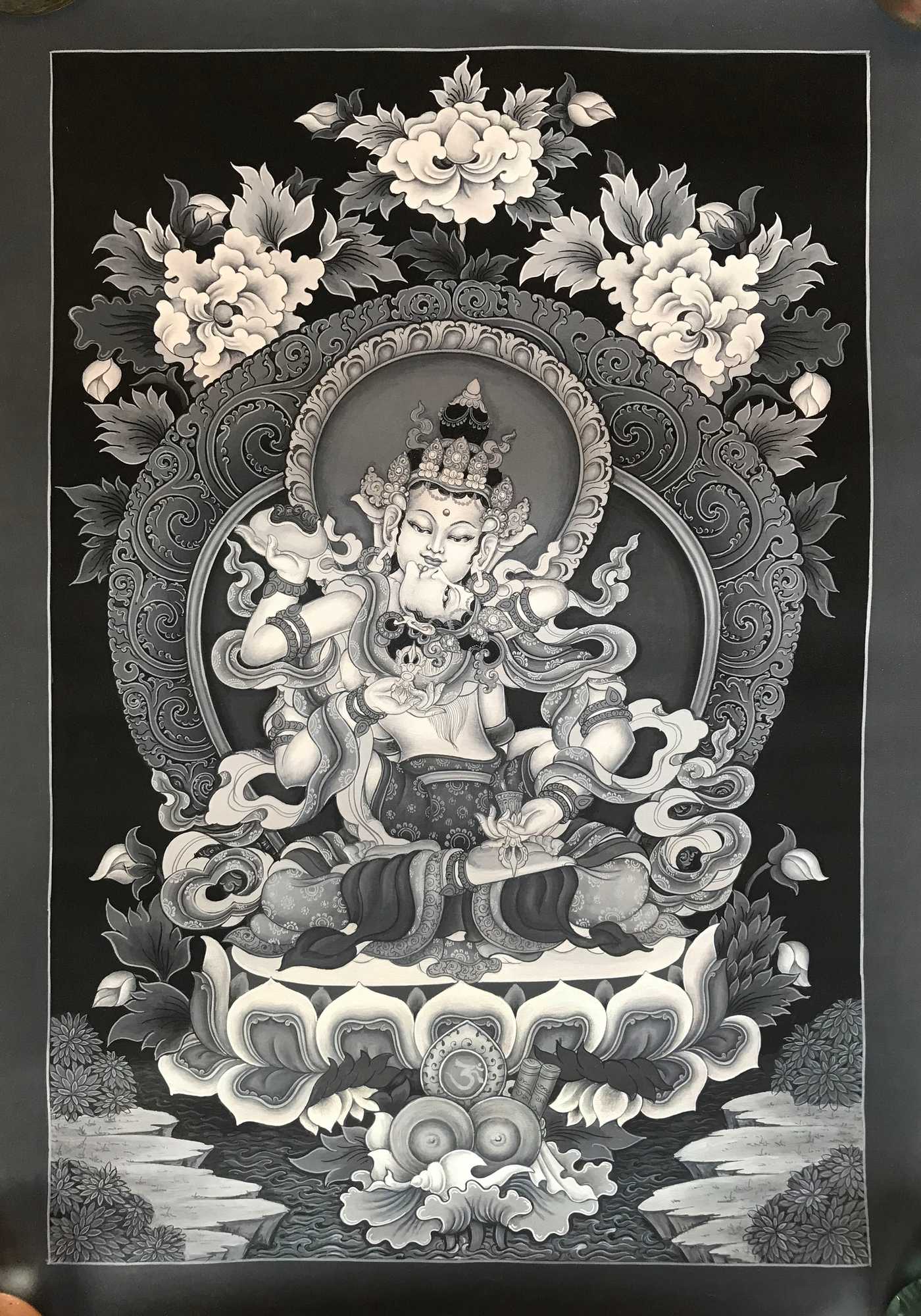 Meditation thangka - Vajrasattva is handpainted in Nepal by using traditional Color. Vajrasattva  (Yab-Yum) is the archetype deity.  He is supplicated in the special yoga of repentance that employs his well-known hundred syllable mantra.

Meditation thangka – Vajrasattva is handpainted in Nepal by using traditional Color. Vajrasattva  (Yab-Yum) is the archetype deity.  He is supplicated in the special yoga of repentance that employs his well-known hundred syllable mantra.

Vajrasattva is presented at the center of the painting. The vajra held before his heart in his right hand and the bell in his left symbolizes compassion and wisdom.  He is shown here with his consort who holds a skull cup, symbolizing spiritual powers and a “driguk” knife that slices through the illusion of duality.

Vajrasattva is said to have been originated from the seed syllable Hum and is generally invoked for removal of obscuration of Kleshavarana and Jneya Avarana.

Om Vajrasattva, keep your Samaya. As Vajrasattva, remain near me. Be steadfast towards me. Be very pleased with me.  Be completely satisfied with me. Be loving to me. Grant me all accomplishments. In all actions, make me mind pure and virtuous. Hum Ha ha ha ha hoh. O Blessed One, Vajra-nature of all the Tathagatas, do not abandon me. Be of vajra-nature, O great Samaya-being, aḥ.